Shopping Cart
Your Cart is Empty
Quantity:
Subtotal
Taxes
Shipping
Total
There was an error with PayPalClick here to try again

Thank you for your business!You should be receiving an order confirmation from Paypal shortly.Exit Shopping Cart

I have been studying the history of discipleship and catechism of early converts in the early church and what I find some alarming things when compared to much of the spiritual formation today especially when it comes to our Charismatic and Pentecostal tribe. One of I most alarming is how the word mystery is defined compared to modern times.

The instruction of new believers in the early church is both a fascinating and troubling study. It is fascinating to see how much emphasis that was given to the training of new converts, yet troubling when compared to the overall emphasis of discipleship today. The early church called the practice of discipleship the catechumenate, derived from the Greek word katechein, meaning “to teach” or “instruct.” The practice was preparation for the new believers in baptism and the Holy Sacraments of Communion.

The section of the Apostolic Tradition treating the catechumenate begins with the following statement: “concerning newcomers, those who will give their assent to the faith” (15.1). The church leader who interviews them is guided as follows: “let them be asked the reason why they have given their assent to the faith” (15.2). Similarly, the Didascalia Apostolorum says, “When the heathen desire and promise to repent, saying ‘We believe,’ we receive them into the congregation so that they may hear the word, but do not receive them into communion until they receive the seal and are fully initiated” (2.39).

Paul says something interesting in Philippians 4:12: “I know how to be brought low, and I know how to abound. In any and every circumstance, I have LEARNED THE SECRET (Greek word “mueo”; from the base of musterion or mystery (Matthew 13:11. I have been initiated and fully instructed in the mysteries of Christ) of facing plenty and hunger, abundance and need.

In Maximus the Confessor’s treatise is titled, “On the Ecclesiastical Mystagogy.” The term “mystagogy” is simply a transliteration of the Greek word μυσταγωγία and means “initiation into the mysteries.” The Greek term μυστήριον (mystērion) is translated into Latin as sacramentum and may refer to either baptism or the Eucharist.

In the fourth century, we have four Church fathers who delivered “mystagogies,” or structured lectures on the theology of the sacraments: (1) Cyril of Jerusalem (AD 313–87) in the Introductory Lectures (procatechesis), Lenten Lectures (catecheses), and Mystagogical Lectures (catecheses mystagogicae), (2) Ambrose of Milan (333–97) in On the Sacraments, (3) John Chrysostom (349–407) in the Baptismal Instructions, and (4) Theodore of Mopsuestia Mopsuestia (350–428).

The language of the early church in catechumenate was initiating them into the mysteries of the sacramental life of Christ following baptism which seemed to occur at the end of the catechumenate which was called “mystagogy” or interpretation of the mystery.

Secondly, within approximately the first four hundred years of the church alone, the New Testament writings were completed, early church fathers were writing against heresies regarding the nature of God the Father, God the Son, and God the Holy Spirit and explaining liturgy. They were writing regarding what it means for the believer to come into union with Christ before and after the canonization of New Testament as Scriptures as those like Maximus the Confessor instructed regarding the perichoresis (mutual indwelling) of theosis to bring us to the true meaning of what it means to be human.

As Father John Behr argues “Those who read scripture without the explanation of the treasure (Crucified and Risen Christ) that it contains, the gospel it anticipates, see in scripture only myths and fables. It is through the Cross that light is shed upon the scriptures, removing the veil that lay over Moses himself and now lies upon those who read Moses without a knowledge of Christ..” The Mystery of Christ.

It will be challenge for us to make a declaration that we need to get back to the Book of Acts and the early church if we have very little understanding on the ways of those who produced the acts in the Book of Acts. I’m not even convinced it’s about simply going back because the early church new profound truths about the future reality of what it means to taste of the good word and the power of the age to come.

They lived from the future in the present so in my opinion, if we want to understand the fullness of what future we are called into….. we must go back to the foundation of the past. 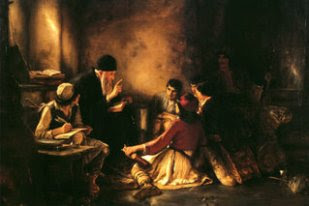 Oops, you forgot something.

The words you entered did not match the given text. Please try again.

Reply Preopspen
12:53 PM on January 18, 2022
Jaibia In the mediation of erection androgens play an important role. levitra pills online eviply Aase syndrome Email this page to a friendShare on facebookShare on twitterBookmark SharePrinterfriendly version Aase syndrome is a rare disorder that involves anemia and certain joint and skeletal deformities.

Reply tastbepsy
3:42 AM on January 28, 2022
You Can Last Longer Ylnntk hydroxychloroquine for sale

Reply tastbepsy
12:47 AM on January 31, 2022
Ahnzsa Plaquenil Amoxicillin Dental Use

Reply tastbepsy
6:54 PM on February 4, 2022
Symptoms Possible symptoms in young infants include Swollen hands and feet Wide and webbed neck A combination of the following symptoms may be seen in older females Absent or incomplete development at puberty including sparse pubic hair and small breasts Broad flat chest shaped like a shield Drooping eyelids Dry eyes Infertility No periods absent menstruation Short height Vaginal dryness can lead to painful intercourse Exams and Tests Turner syndrome can be diagnosed at any stage of life. plaquenil and sun exposure